RiseFest is excited to announce the next artist on the 2019 festival lineup, singer-songwriter Matt Maher.

“You’ve seen him before at RiseFest, it’s just been a couple of years!” said President and Founder of RISE Ministries, Rob Roozeboom. “He’s an outstanding worship leader and it’s such a beautiful thing to hear the crowd singing along with Matt Maher as he leads us in worship.  RiseFest 2019 just got even better with Matt Maher!” 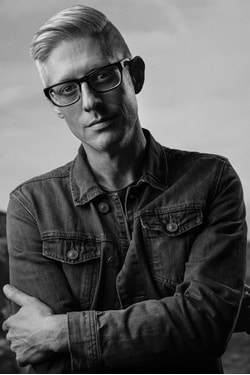 Intrinsically linked to the human condition are the desires to be known, understood, and heard: to count for things that matter. Echoes, the newest studio record from Matt Maher is a collection of declarations in the midst of dealing with human suffering. After writing most of the songs for the record, Maher lost his father, and “Echoes” took on a whole new personal dimension for the artist. “Worship music paints with broad strokes for large groups of people, that stem from intimate stories and experiences; the challenge, as a creator, is to somehow let the former come out of the latter.” In his own moment of loss, Maher found himself processing his grief from the truths and declarations in the new songs. “Jesus chose to respond to death by embracing it. By embracing it, He destroyed it. This record became, for me, my response to sin and suffering. I had to formulate my own echo. I had to decide if I was going to echo the message of the cross back to the world, or my own narrow view of suffering.”