RiseFest is pleased to announce the first artist on the 2020 festival lineup, chart-topping band, Unspoken. This will be the group’s first appearance at RiseFest. 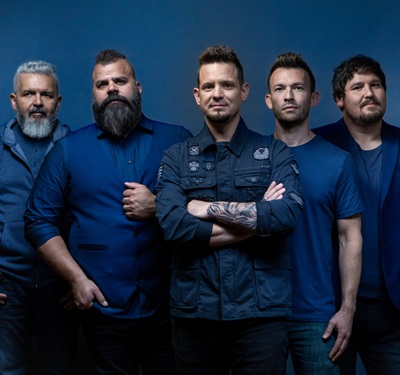 “We’re excited to be announcing artists again for RiseFest! And right out of the gate we have a new artist – Unspoken.” says President and Founder of RISE Ministries, Rob Roozeboom. “This band has been requested over the years and we’re happy to say that 2020 they’ll be joining us. Their song, “Reason” hit #1 on the Christian Adult Contemporary Songs list, and we can’t wait for you to hear them at the festival.”

With the release of Follow Through, Unspoken’s second full-length project for Centricity Music, the band seems to have found a place of new freedom to push the boundaries of their trademark sound, mixing in horns and electronic elements in fresh ways without altering the core of their musical identity. Tag-team produced by Seth Mosely (2014 SESAC Christian Songwriter of the Year), Tedd T. (For King & Country, Mute Math) and Chris Stevens (Toby Mac, Michael W. Smith), Follow Through evidences a forward leap of artistic evolution from the last record, blending hip-hop, soul, pop and folk influences to tell the story of the season of life the band members have found themselves in over the last couple of years.