RiseFest is excited to announce the next artists on the 2020 festival lineup. Returning with a twist, longtime Christian music favorite, Newsboys UNITED. This version of the group features current and original members. Also making their second RiseFest appearance, chart-topping group, Big Daddy Weave. 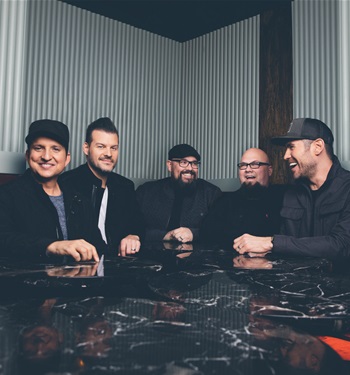 “I know we’ve had Newsboys at RiseFest, but we’ve never had Newsboys United! That means Peter Furler and Phil Joel will be with us, singing songs like “Shine” and “Entertaining Angels.” said President and Founder of RISE Ministries, Rob Roozeboom. “So, you’ll get to hear the songs you love from multiple decades! We’re excited to end RiseFest with this type of worship. But we have more! Big Daddy Weave will be coming back to the festival! It’s been a few years since they’ve been with us, but we couldn’t be more excited! Big Daddy Weave is one of the most ministry-minded bands we’ve ever worked with. They’ll definitely be a great addition to the lineup! If you haven’t already now is the time to get your tickets during the PriceSlide to experience RiseFest with all these great artist. ”

Comprised of current members Michael Tait, Duncan Phillips, JeffFrankenstein and Jody Davis, along with former bandmates Peter Furler and Phil Joel, the mega-group spans the decades delivering hit after hit, from recent chart-toppers “God’s Not Dead” and “We Believe” to such classics as “Shine” and “Entertaining Angels.” “We've been so encouraged and humbled at the response from Newsboys fans, not just in the cities we've visited but from people all over the world,” said Newsboys’ Jeff Frankenstein. “This is so much more than just a tour, it's a celebration of different eras, individuals and the songs that have brought us together.”

Beautiful Offerings follows the biggest album of the Big Daddy Weave’s career, Love Come To Life, which yielded the rare feat of four back-to-back #1 singles – “Love Come To Life,” “Redeemed,” “The Only Name (Yours Will Be)” and “Overwhelmed.” “Redeemed” became an anthem of unprecedented impact. Big Daddy Weave members Mike Weaver (lead vocals, guitar), Jay Weaver (bass, vocals), Jeremy Redmon (guitar, vocals), Joe Shirk (saxophone, keys, vocals) and Brian Beihl (drums) never would have predicted that a vulnerable song written for the lead singer himself, initially deemed by Mike too personal to even turn in for Love Come To Life, would become the group’s best-selling track in their 16-plus year history.

General Admission tickets for RiseFest 2020 are on sale now with a new and exciting twist. During the month of November the RiseFest PriceSlide invites you to do your part in lowering ticket prices, potentially all the way to $25! The more people who reserve their tickets by November 30, the lower the price will go. Prime Tickets, camping spaces, and kid tickets (children 10 and under) will be available during the month of December. Tickets can be purchased at www.riseministries.com.