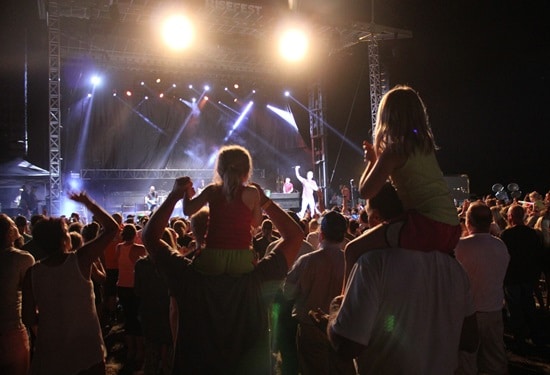 RiseFest 2016 was affected by weather much like the 2014 version of the festival. Only this time, instead of rains and tornadoes, strong winds up to 60 mph accompanied by rain later in the evening caused Friday night to end earlier than planned. A few songs into Building 429's set, an announcement to have festival goers move to their vehicles was made. The hope was to wait out the wind and finish out the night but unfortunately the weather did not stop and the show had to end. Most of Building 429's set, all of Newsboys' set, as well as two speakers had to be canceled.

But now for the good news! Thankfully with the help of our stellar volunteers and stage crew, the grounds were ready to go by 11:00 am on Saturday and the festival continued as planned with a great day of near perfect weather. We are grateful to our volunteers and festival goers for sticking with us and still making RiseFest 2016 a great festival! Be on the lookout for more pictures and video of the weekend.