Set For The Fall to Play RiseFest 2017

The Christian Festival Association (CFA), a group of the nation's largest Christian music festivals, announced that "Set For The Fall" was selected the winner of its 2016 CFA National Talent Search Competition in October of 2016. They were selected by a panel of judges from among a group of talented Christian artists who had also won regional competitions at 2016 CFA festivals from coast to coast.  As a result of their overall victory, Set For The Fall will receive a full performance slot at all participating 2017 CFA events, including RiseFest. The band will perform Saturday, June 17 2017 at RiseFest. 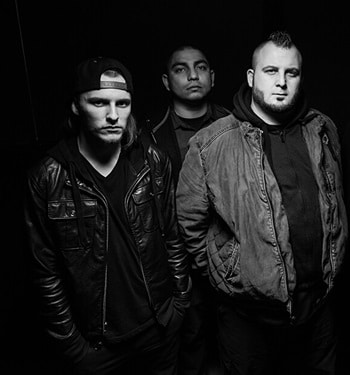 Set For The Fall was formed in Pinehurst, NC where they immediately submerged themselves into songwriting with a single purpose: to bring a truthful message of how God can transform any person from any walk of life to become an instrument in His unfailing plan. The band’s songs reflect their ability, through the grace of God, to deal with life’s trials and experiences. According to lead singer Joey Lassiter, the band’s objective is to “musically paint a picture of how God in all of His grace has reached into these broken men’s lives and rebuilt them to impact a generation that has become blind to it’s own downfall.” Adds guitarist Donovan Roybal: “We’re all human. God calls on us to be Christ-like not perfect. We want to show the world it’s normal to mess up but to have a heart of humility and to be able to admit our faults.”

The band consists of Harrison Muffley on guitar, Donovan Roybal on guitar and Joey Lassiter on vocals.  Lassiter continues, “I can’t imagine being on the road with anyone else.  These guys are my brothers.  They know everything about me and still have my back.” The artist’s website is setforthefall.com.